Making It Happen: Women and Jiu-Jitsu 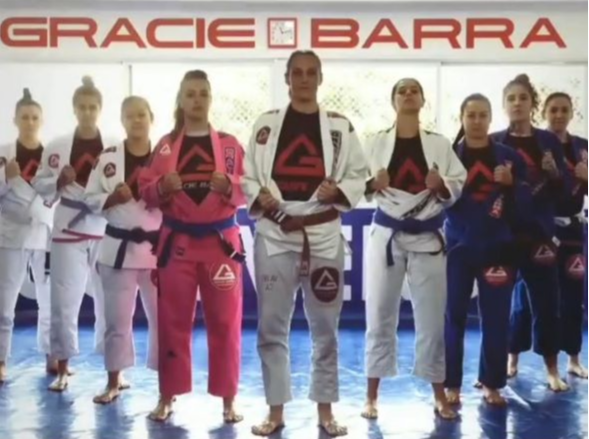 Making It Happen: Women and Jiu-Jitsu

Those who still think that women are the weaker sex are totally wrong. Women are strong, determined. They are warriors who know how to fight for what they want. Women work this way: They go and do it. It has to work. Thus, it should be no different with the martial arts, especially with Jiu-Jitsu. Believe it or not, the history of women in the martial arts is larger than we can imagine.

The women from ancient China and Japan had important reasons to learn martial arts: They had to fight to survive and protect their families. They also had to adapt the techniques to their size and body type.

Women from modern society learned those techniques and continued the evolutionary process, practicing self-defense, Jiu-Jitsu, Karate, Taekwondo, Kung Fu and MMA (Mixed Martial Arts). Today's women have also developed themselves as leaders in the martial arts, teaching, competing, writing and starring in films and demonstrations. While the current martial arts are quite different from the most ancient ones (technically speaking), they still offer great challenges for women.

Some women who are taking their very first class may never have been involved in a contact sport, and some may have even been victims of sexual violence in the past. Since this is still a male-dominated activity, women may feel intimidated by men in their classes. What they need to know is that many women have come before them and have become leaders and role models for future generations. Every woman who perseveres in practicing a martial art is offering a valuable contribution to future generations.

As the martial arts have been modified to meet the needs of a modern society, women began to participate in various ways. There are many women in this century who made valuable contributions to the modern martial arts. They not only helped to spread the popularity of the sport, but also took a big step in creating equality in the individual arts as well as in competition.

Women also served as an inspiration and role models for others who continue to join the sport. Originally, women were excluded from the mat or were completely separated from the men at the practice time. Now, women are involved in almost all aspects of martial arts, including teaching, administration of their own schools, and as major referees in high-level competitions.

Gracie Barra has a rich history of women who were trained in the past and currently continue to train at our schools spread across the 5 continents. Those women have contributed for us to achieve high standards of teaching and are admired because they overcame many barriers toward their graduation. They are leaders on our mats and continue to contribute as teachers, competitors and school owners.

There are still, for sure, many barriers for women in martial arts today. When a woman walks into any martial arts school, she is likely to be intimidated by the predominance of men in the classrooms. She also sometimes can be treated differently by some partners when doing exercises or free practice. But none of this should be enough to make them give up training. These winning women have already come a long way.

"I think there will always be a certain prejudice against women in the practice of JJ or any other combat sport. Practicing a fighting sport does not turn us into men. Instead, we are super feminine. My advice is: Do not care what people say. If you like, if you love what you do, just continue. Do not let anyone get in the way of your dreams or stop you from doing something you enjoy." Professor Luzia Fernandes, GB Black Belt 3rd degree.

The next time you are encouraging a woman to practice martial arts, remember to inform her about the story of those women who came before her. This will help her to get started and also to continue to practice, bringing valuable contributions to the martial arts world.
Copyright GB Online Digital Inc © 2019. All rights reserved