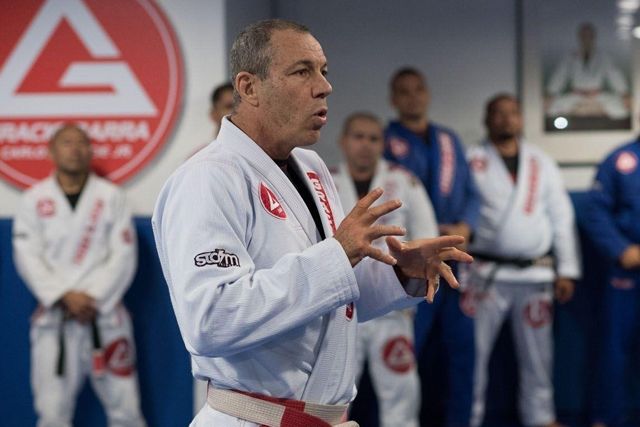 Jiu-Jitsu is for every person of every age and weight who dreams learning how to defend him or herself without getting hurt or hurting anyone.

Its practice involves two aspects: instinct and awareness. Both are important for the advance of the fighter who debates these points in his/her mind.

In a recent talk, Master Carlos Gracie Jr. spoke about the subject.

“Many people know a great deal about Jiu-Jitsu, but have very little instinct for the fight. In these cases, the knowledge overrides the instinct. On the other hand, a person with very little knowledge of the fight has a great deal of instinct. The instinct alone is enough to save him/her, protecting from harmful situations, from submission, and allowing the person to be a good fighter,” explains the red-belt Carlinhos Gracie.

Carlinhos mentions that now at Gracie Barra, we have many black-belts who are training with beginners, as a refresher of the fundamentals, to teach better, eliminate bad habits, and to remember basics that were forgotten.

“The game of a well-trained athlete works only in the beginning. When tired or getting old, his/her Jiu-Jitsu declines sharply,” said Gracie. “The technique, the knowledge and awareness allow us to be calmer in a bad position. A bad position drains a lot of energy and you have to get out nicely in the precise time when your adversary makes a mistake.”

“I’ve always been a fan of the basics. After you have a good solid foundation of Jiu-Jitsu, the rest comes by instinct. You create, invent. The rest is easy. The difficult part is the beginning,” concluded Carlinhos.